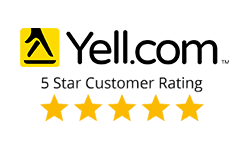 When they first came they were efficient and gave us an estimate which was very clear about what was needed. As they worked they picked up other problems which needed to be done and explained everything to us. Little problems were sorted out fairly quickly. The coordinator was excellent and dealt with our concerns very patiently, quite often sorting things that other workmen should have done, e.g. carpentry. The place was always left tidy at the end of the day. All rubble was removed each day. We employed an independent painter and decorator to sand down surfaces and tidy seals on windows and generally finish off afterwards as that was not in the contract. One rather nice touch was that when the coordinator climbed up to check the roof he found a nest full of baby birds. He refused to do any work until they had flown!

Our friendly team will be in touch to discuss your needs.

Why choose a PCA member?

I just wanted to say what a delight your company was to work with. All involved were so friendly, helpful, cheerful, respectful and hard working – Andrew, Nick & Dan spring to mind. In a…